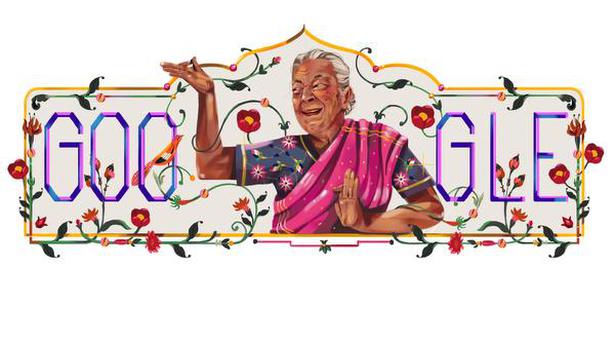 Yesteryear Bollywood actor Zohra Sehgal was born on April 27, 1912 and died at 102 on July 10, 2014. So why did Google post a doodle today? Her film Neecha Nagar had released on this day in 1946 at the Cannes Film Festival and is considered India’s first international critical success. The film won the festival’s highest honour, the Palme d’Or prize.

Actor, dancer Zohra Sehgal learnt ballet in Germany in her early 20s and later toured with the dance pioneer Uday Shankar. She started acting in movies in 1945.

Sehgal has had roles in British television classics like Doctor Who and a miniseries The Jewel in the Crown. In the 1990s, she returned to India, where she continued acting on the stage and in Bollywood films. In 2002, the year of her 90th birthday, Segal appeared in a memorable role in the film Bend it Like Beckham, and continued to act well into her 90s.

Winning the Padma Shri in 1998, the actor went on to get the nation’s highest awards such as the Kalidas Samman in 2001, and the Padma Vibhushan in 2010. She was also the recipient of India’s National Academy for Music, Dance and Drama’s Sangeet Natak Akademi Fellowship for lifetime achievement.

All Eyes on Results for Priyanka Chopra and Jonas Family

Even in Commercial Films, Women Should Have Something Substantial to Do: Yami Gautam

Masaba Gupta on facing racism: ‘Boys made fun of my shorts size, said they...

Realme Rolling Out Smooth Scrolling Feature to Its Phones as a...