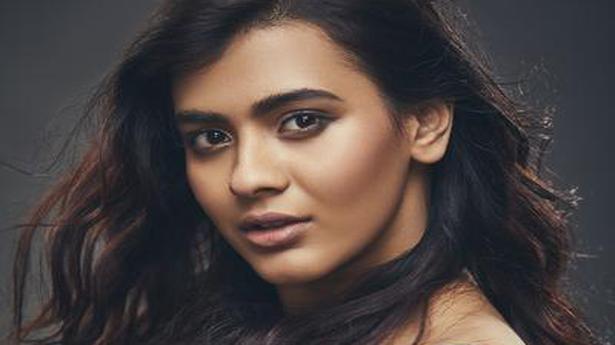 In many of her films, Hebah Patel is cast as a young woman with chutzpah. She comes across as a fun, forthright woman with spunk in her offscreen conversations too. When she snatches a few minutes from her shooting schedule and talks about her new Telugu film Orey Bujjiga which will stream on ‘Aha’ from October 2, she gets candid about her career choices, hits and misses.

Orey Bujjiga that stars Hebah, Raj Tarun and Malvika Nair and directed by Vijay Kumar Konda, is billed as a young love story. Hebah and Raj have done a few films together since her second Telugu film Kumari 21F. A couple of years ago the duo reportedly decided to take a break from working together to avoid getting repetitive.

Hebah recalls getting a call from Raj for Orey Bujjiga: “We are professional friends but didn’t stay in touch when we didn’t have projects together. Raj called and asked if I would be willing to do this film. It was a short character of a bright bubbly girl and I agreed.”

Since the time her initial Telugu films, Ala Ela and Kumari 21F, started slowly at the box office and went on to become hits, Hebah has seen the vagaries of the entertainment industry and learnt to take the box office highs and lows on her chin: “I give it my best while working for a film and the rest is beyond an actor’s control.”

The OTT release for Orey Bujjiga is a first for her and she’s eager to see how the audience responds to the film, watching from the comfort of their homes. Hebah herself is an ardent OTT viewer, scanning different platforms for interesting series and films, “It’s a new phenomenon for Telugu cinema though. During the extended lockdown, people got used to watching different content on OTT.”

Hebah also featured in the Telugu web series Masti’s, streaming on Aha. Though the series had been around even before lockdown, it was during lockdown that the series garnered many more views: “I was pleasantly surprised when I started getting a lot more response during the lockdown,” she says.

Hebah is open to working on web films, series and feature films. Shuttling between Mumbai and Hyderabad in the last few years, she says she learnt to pause and assess her choices carefully. “I didn’t choose Ala Ela and Kumari…, I was new and those films came my way; I was lucky. When your initial films do so well, it sets the bar high. Later I didn’t often get the kind of roles that I wanted. I went with the flow and took the best of what came my way. Recently I watched the Hindi film Bulbbul and my friend Rithika Singh’s Tamil film Oh My Kadavule and yearned for such opportunities.”

She went through a rough patch when some of her films didn’t do well as expected, but Hebah looks back and says with pride, “Those who watched 24 Kisses, for example, said I did a good job and that made me happy. It was reassuring that I could be an actor and not just a glamorous heroine.”

She was then signed on for a Hindi series that was later shelved: “Certain things were not in my control, so it looked like I chose to do very few films. I am not Aamir Khan to limit myself to one film a year,” she laughs.

Coming up is season 2 of Masti’s series and new film produced by Radha Mohan for which she’s filming, with COVID-19 safety precautions. Talking about filming during the pandemic, she says, “We have been shooting in the outskirts of Hyderabad. When I decided to get back to work, I made peace with the fact that everyone on set is at risk and hence, everyone is likely to be careful. As actors, we are more exposed since we can’t wear a mask in front of the camera.”

When not on film sets, she loves to read. Some of Hebah’s favourite reads include books by Khaled Hosseini, John Grisham and Sydney Sheldon (“maybe because I read Sydney Sheldon while growing up; I can predict what will happen but I still enjoy reading the books”) and Tinkle. More of an e-book reader, she mentions reading Japanese murder mysteries after getting an introduction to Japanese culture through Ikigai.

‘Orey Bujjiga’ movie review: Been there, seen that

‘The Good Lord Bird’ review: Reciting verses from the Bible with the barrel of a pistol

Detroit Lions share their misery with America on Thanksgiving

Street Fighter 5 and PUBG are September’s PlayStation Plus games

China may import $300 billion of chips for third straight year

Realme Narzo 20 Pro to Go on First Sale Today via...