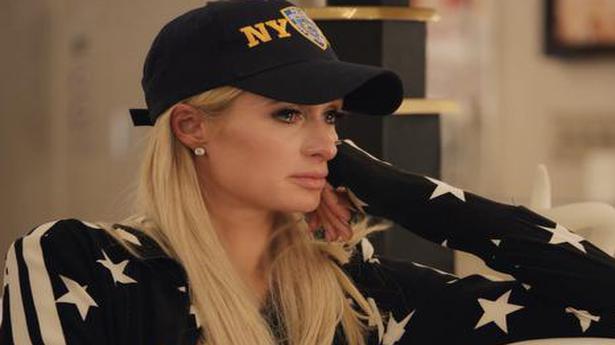 Though ‘This Is Paris’ predictably details the non-stop life of the businesswoman-model-socialite-DJ, the documentary also explains why you shouldn’t judge a book by its diamond-studded cover

When Paris Hilton announced earlier this year that her documentary would be heading to Tribeca Film Festival, I was interested in what piqued the curiosity of a serious festival circuit. Then headlines surfaced of This Is Paris being an eye-opener into the abuse the multi-millionaire faced from her childhood.

This is not Paris’ first self-produced documentary; Paris, Not France from 2008 broke down her early relationship with the media during her club-hopping days, but clearly, there was an agenda there. This Is Paris still addresses that, but only to a degree.

What would any film about Paris Hilton be without displays of sprawling mansions, haute couture, private jets and the continuous flashes of paparazzi cameras? And of course, her well-known façade of a helium-esque voice and an ‘I didn’t know that’ disposition. But away from the thrum of Hollywood, even as she drips in diamonds and the finest couture, her voice is huskier with more intention in the tone, and her stride carries more surety instead of the runway-ready strut we have always seen. More importantly, her smile falls away and is replaced with a downcast gaze.

At one point in This Is Paris, she backtracks, almost stammering, “I’ll just be normal. Sorry, I’m so used to, like, playing a character that it’s, like, hard for me to, like, be normal. I always, like, when a camera’s around, like, turn into someone else.” To sum it up, as mentioned by her sister Nicky, “[Paris’] brand is a lot more glamorous than she is.”

Even after the distinctions between the two, audiences may still be unable to get a clear glimpse of Paris’ true personality, even during heated and emotional moments through the film. In fact, after the release of the film, there has been a slew of YouTube videos by psychiatrists and psychologists breaking down Paris’ demeanour through the film, as a means to decipher her.

A still from documentary ‘This Is Paris’ directed by Alexandra Dean. In the still, Paris Whitney Hilton talks to her sister Nicholai Olivia Rothschild (née Hilton) about her relationships.

Still, the film would not have the impact it has without the interviews featuring Nicky Hilton, be it confessionals to the camera or even sit-down reflections with Paris. Those familiar with Nicky know she far more reserved and traditional, calling Paris a trouble-maker on occasion. But Nicky prefaces in the film for it to be authentic, she would have to speak up because no one knows Paris as she does.

This Is Paris delves into the trauma of Paris’ past, being shunted off to boarding schools which have long been in the media for their draconian ‘unlearning’ methods. One of them is Provo Canyon School in Utah, USA. Paris, in a sit-down with Nicky, recalls being woken up in the middle of the night by two burly men who carry her bodily out of her home and straight to the school where the horrors of bullying and isolation — solitary confinement for some time — begin.

The narratives of what went down at Provo are accompanied by dark animations as if to communicate the disturbing visuals of the nightmares Paris still experiences to this day… to the point of constant insomnia as shown in her round-the-world trips and exhaustive schedule.

A still from documentary ‘This Is Paris’ directed by Alexandra Dean. In the still, Paris Whitney Hilton talks to her mother Kathy Hilton about her past at Provo Canyon School, Utah, a controversial behaviour modification institute for teens.

Paris proceeds to meet with her former Provo classmates and roommate, and they share memories as well as their traumas after leaving the school. As a result, the few young women come together to create a social campaign to protest the schools and to bring to light the mental health issues that follow ‘treatment’ at these institutes.

While This Is Paris offers audiences snippets of a terrifying past, there are moments of discomfort. A bona fide DJ, who is quick to abolish the past headlines that someone DJs for her, we see Paris and her then-boyfriend get into an explosive argument mere minutes before her Tomorrowland set, audiences are taken on a surreal journey of seeing her switch between emotionally pleading and quick-fire anger to which point she has him removed from the festival.

Someone of Paris’ influence and power has to always to be vigilant of people’s true intentions with her. One of the most memorable scenes is of her surrounded by a stack of MacBooks, talking about how each time she gets a new boyfriend, she has to get a new computer entirely because many of them either try to destroy the gadget or break into it. This is a far cry from the Paris we have seen who “loves love”, but in the film, ends up stating she has “become numb to the feeling of [falling in love].”

At the end of the film, do not expect to know who Paris truly is; it is an impossible task to make of someone across just an hour and 45 minutes, especially given she is well-versed in switching between her public and private selves — and with valid reason. As a viewer, I could not gauge director Alexandra Dean’s storytelling goal here. There is still a disconnect within the film, perhaps in the editing itself.

The decision to stream This Is Paris on YouTube rather than on a lucrative OTT platform is a remarkable one. Currently, at over 11 million views and counting, This Is Paris is still successful in its goal of inviting empathy and some understanding from audiences… not all audiences, sadly.

The Weeknd lashes out at ‘corrupt’ Grammys over snub; Academy responds

Will you be able to spend time outside?

Fortnite's new season is here, but not for Apple users