Enter Kingston’s DataTraveler Ultimate GT, the “world's highest capacity USB flash drive.” Available in either a relatively diminutive 1TB size, or a more staggering 2TB behemoth, there is a very good chance that the DataTraveler Ultimate GT offers more storage space in a gum stick-sized form than your laptop does in its entire hard Obviously, the world’s high-capacity flash drive doesn’t come in a simple plastic shell, but rather a zinc-alloy casing for improved durability. Unfortunately (or fortunately, depending on your perspective), the DataTraveler Ultimate GT uses a USB 3.1 adapter, not USB-C, so you’ll need to break out a dongle to use it with some newer laptops.

Finest Member
It's like a 2tb ssd on the go in a smaller form factor.

EntMnt Staff
Time has come 2TB will be in pockets 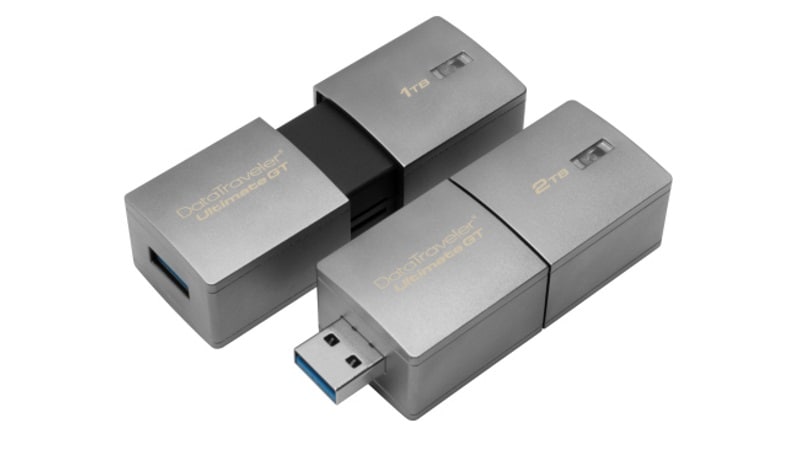 Kingston has launched its DataTraveler Ultimate GT flash drive, touted as world's highest capacity USB flash drive, with storage capacity up to 2TB. The newly-launched flash drive has been launched by Kingston in two storage variants of 1TB and 2TB. It will start shipping in February but the pricing has not been revealed by the company as of now.

"With the DataTraveler Ultimate GT, we empower users to increase their data storage mobility in a highly manageable form factor. This is a terrific follow up to our 1TB drive released in 2013 and by doubling the capacity, users can store and carry even larger amounts of data easily," said Jean Wong, business manager at Kingston.


The flash drive measures 72mmx26.94mmx21mm. Even though the company has not revealed the pricing for the flash drive DataTraveler Ultimate GT, where GT stands for Generation Terabyte, the highest storage variant is expected to be made available at a premium price by the company.

Considering that even most of the laptops don't feature inbuilt storage capacity that can match the one present on these flash drives, Kingston has clearly come up with an impressive product in a compact form.