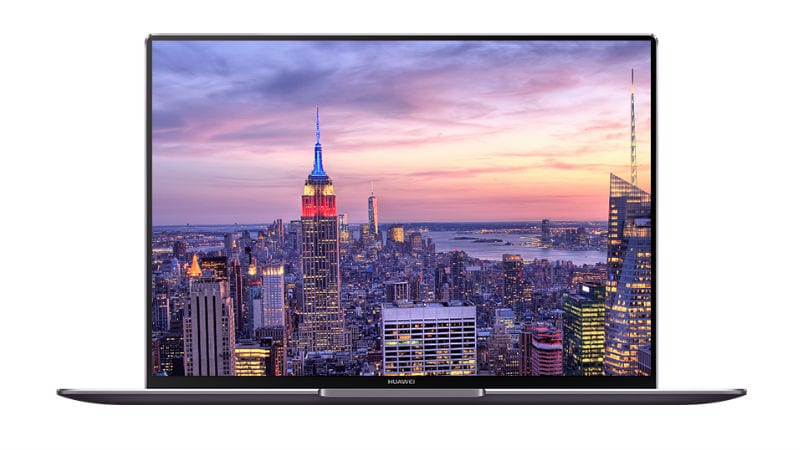 Huawei kickstarted its event at Mobile World Congress 2018 by announcing a laptop, a tablet, and some other products. At MWC this year, Huawei has unveiled the next generation of its MateBook X-series that it had launched in 2017. The all-new MateBook X Pro is said to be a bigger and more powerful notebook that comes with a better display and upgraded audio technology. Additionally, it also unveiled MediaPad M5, a tablet which touts 2.5D curved glass displays.

It has two USB Type-C ports, one USB Type-A port, a power button with a built-in fingerprint scanner, and comes in either Space Grey or Mystic Silver. In terms of dimensions, it measures 304x217x14.6mm and weighs around 1.33kg. In terms of battery, Huawei claims that users can "work regularly" for 14 hours on the MateBook X Pro.

Coming to the MediaPad M5, Huawei had launched the latest entries in its long-running MediaPad range of Android tablets. It has unveiled the 8-inch MediaPad M5 and 10.8-inch MediaPad M5 Pro. These tablets will arrive in Space Grey and Champagne Gold variants. They sport 2560x1600 displays, USB Type-C charging, Kirin 960 processor, and run Android Oreo.

Meanwhile, Huawei also unveiled its first 5G chip to enable smartphones to access 5G internet speeds. It claimed that the 5G customer-premises equipment (CPE) is the world's first commercial terminal device that supports 3GPP telecommunication standard for 5G. Huawei is calling it Balong 5G01. Huawei CEO Richard Yu sais that the company has invested $600 million in the network technology, which will likely be used by everything from self-driving cars to mobile devices to smart homes. The company claimed that "it will be the first company to offer "an end-to-end 5G solution through its network, devices and chipset-level capabilities."