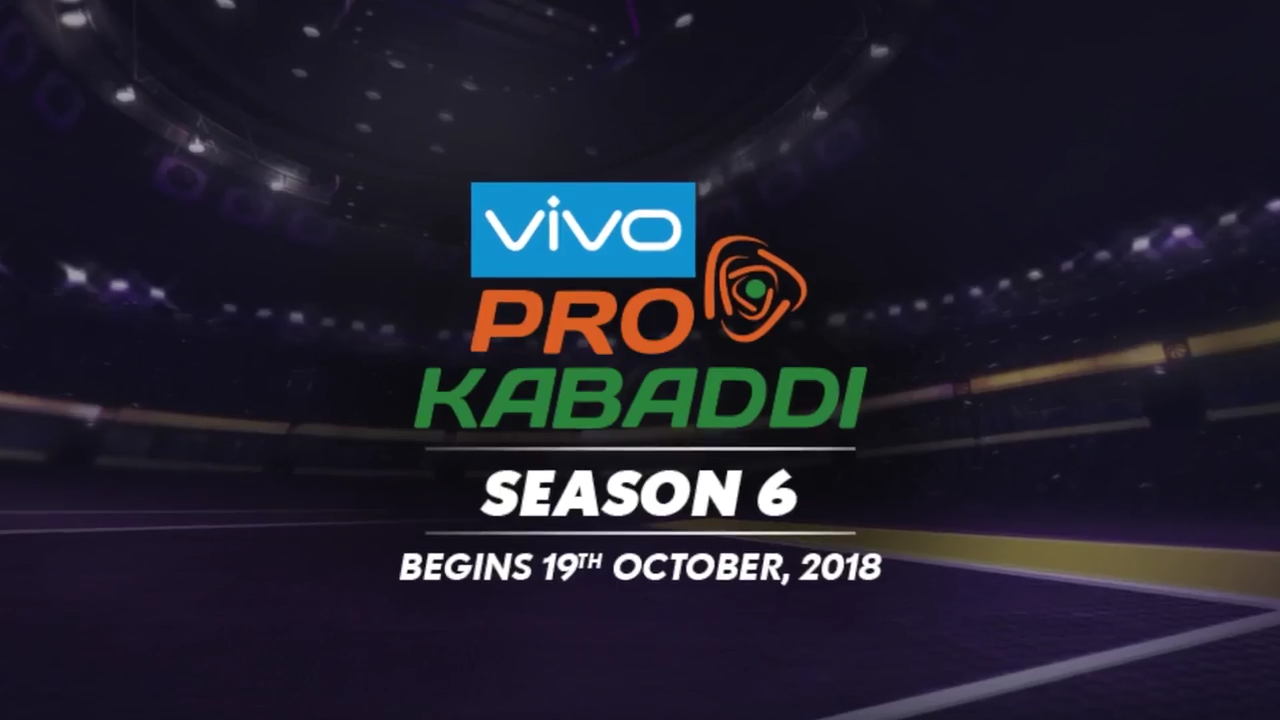 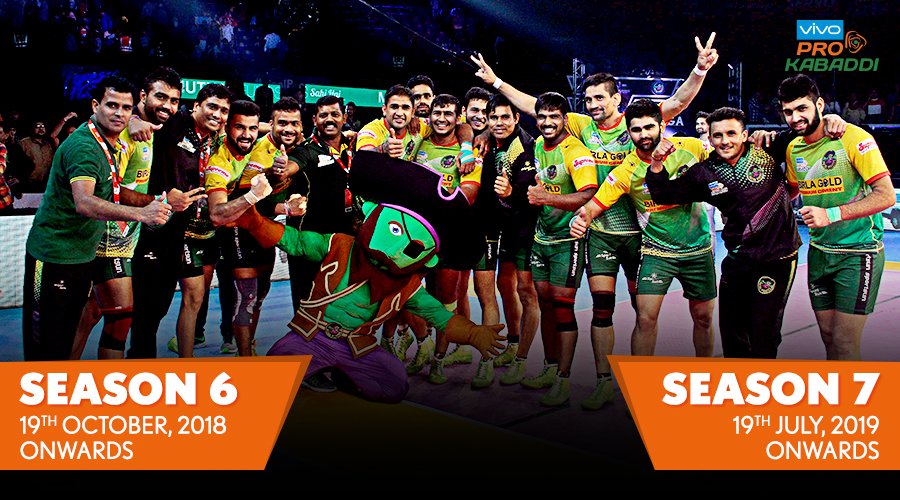 After five highly successful seasons, the VIVO Pro Kabaddi League, India’s biggest domestic sporting league, gears up for yet another season of thrilling action, with the announcement of the ‘Elite Retained Players’.

The ‘Elite Player Retention’ framework is a key constituent to build team continuity for the longer term and the franchises were thus encouraged to retain key players of their choosing for the upcoming season.

“The league is strongly in favour of team stability and instituting it at a policy level to enable strong team structures,” VIVO Pro Kabaddi League Commissioner Anupam Goswami said. “The player retention framework has been strengthened to encourage continuity and a longer-term association between player and franchise, to the benefit of both.

“Squad talent, formation and development have always been top priority for us. Interventions like ‘Elite Player Retention’ and the ‘Future Kabaddi Heroes’ programme will go a long way towards ensuring that VIVO Pro Kabaddi Season VI offers the highest level of talent and competition for India’s own sport,” he concluded.

FKH: Chandigarh turns out in numbers to live their kabaddi dream

The Future Kabaddi Heroes (FKH) programme, a landmark initiative to foster grassroot level Kabaddi and unearth local talent in India received a great response with 249 aspirants participating at the two-day trials held in Chandigarh. The players were tested on their Kabaddi skills and fitness. The expert panel, led by Jaivir Sharma, and Srinivas Reddy, Assistant coach of Haryana Steelers for VIVO Pro Kabaddi Season V had some tough decisions to make as Kabaddi enthusiasts from all over Chandigarh showcased their skills in their bid to make it through to the VIVO Pro Kabaddi Season 6 auction pool.

Mashal Sports, the organisers of VIVO Pro Kabaddi League and AKFI jointly announced the Future Kabaddi Heroes (FKH) programme, a comprehensive three-stage talent scouting and development initiative to foster and nurture future Kabaddi champions. Delhi is the next destination in North India for the panel to unearth Kabaddi talent.

Commenting on the talent witnessed on ground Jaivir Sharma, Coach with Sports Authority of India, “At the Future Kabaddi Heroes programme in Chandigarh we witnessed some exceptionally talented Kabaddi players. There were players who had participated in the programme last year but did not make it through, but they worked hard through the year on their performance and fitness to improve their game play to impressive levels this year. It was overwhelming to see players pour in from distant corners of Jammu and Kashmir, Punjab and Himachal Pradesh, for the trials. We are now headed to Delhi and are sure to discover talent from the city.”

Sanjeev Bharanta, General Secretary, Chandigarh Kabaddi Association said- “I believe that the Future Kabaddi Heroes programme is an ideal platform for aspiring Kabaddi players to showcase their skills. The North of India is deeply connected with the sport and is the hot-bed for Kabaddi talent. We are glad that some promising players have emerged after the rigorous two-day selection process.”

Parveen Birwal, who was shortlisted under the programme last year and eventually played for Patna Pirates in VIVO Pro Kabaddi Season V was also present to encourage players who came from his village in Panipat. Commenting on the occasion he said, “Watching the trials reminded me of how nervous I was last year and how important it was for me to perform well. I headed to the trials this year to encourage players from my village who I know have the potential to play extremely well. I wish them luck and hope they make it through.”

Initiated last year as a pathway to the auction pool in VIVO Pro Kabaddi Season 5, the Future Kabaddi Heroes (FKH) programme scouts promising young talent from thousands of aspirants from all over the country. Last year the scouting programme received an overwhelming response from over 4600 participants. Post a rigorous three-staged selection process, 133 players finally made it to the VIVO Pro Kabaddi 2017 auction pool.

Following a rigorous shortlisting process, a total of over 200-220 players will be selected for Phase II post the 18 city trials. Out of those, exceptional 80-100 players will be chosen for Phase III for a month long intensive training camp and subsequently be drafted in the player auction pool of VIVO Pro Kabaddi Season 6 under the ‘New Young Players’ category. The camp follows an approach developed in consultation with renowned coaches and experts from the field of Kabaddi.

The Season 6 of VIVO Pro Kabaddi begins on October 5th, 2018, with the opening game to be held in Chennai. To entice the Kabaddi fans in Tamil Nadu, Star Sports announced Vijay Sethupathi, the Tamil superstar and Makkal Selvan, as the face of Vivo Pro Kabaddi in Tamil Nadu. Vijay will be leading the Kabaddi fans in the stadium, in Tamil Thalaivas’ colours cheering from the stands. 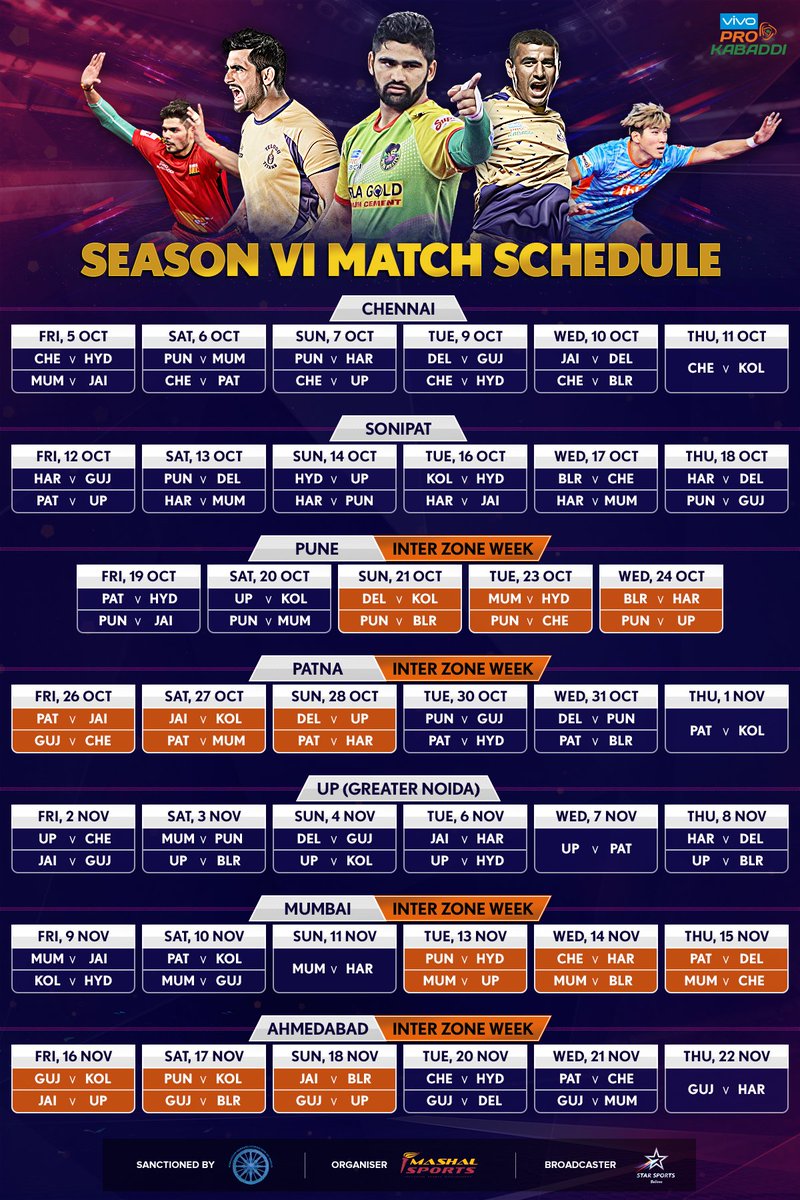 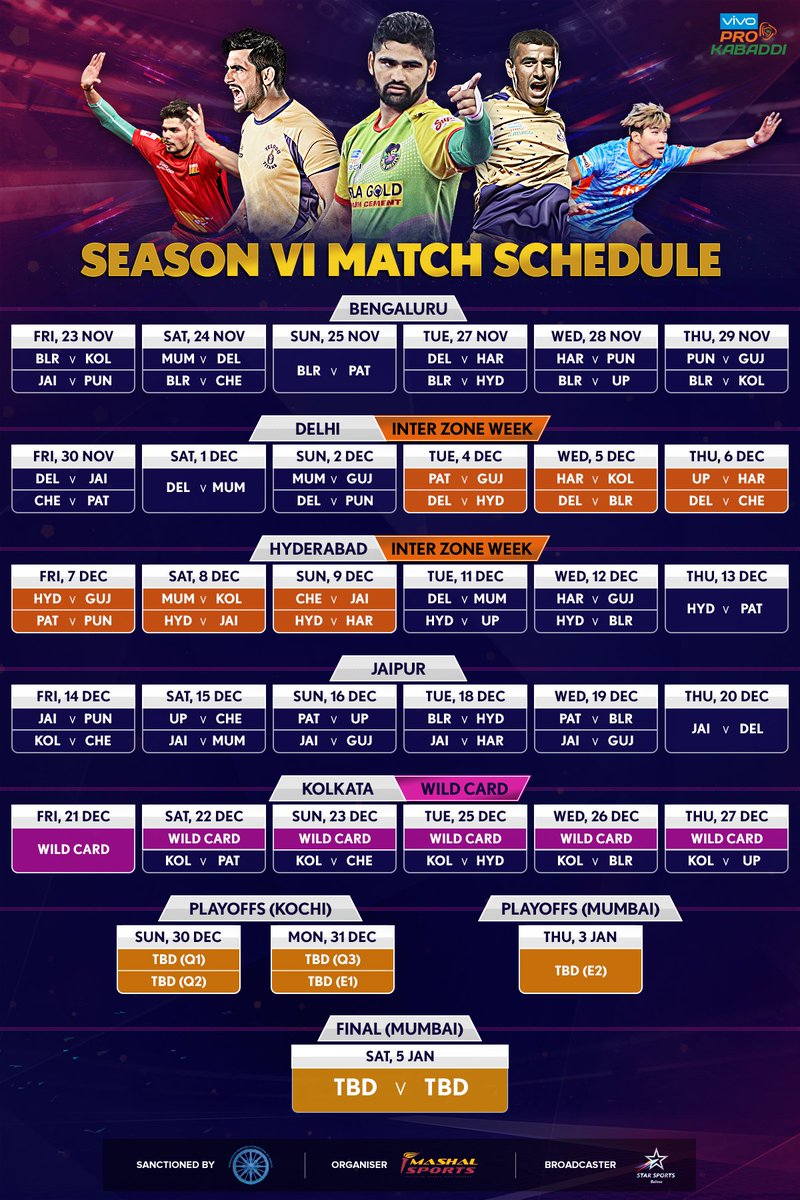 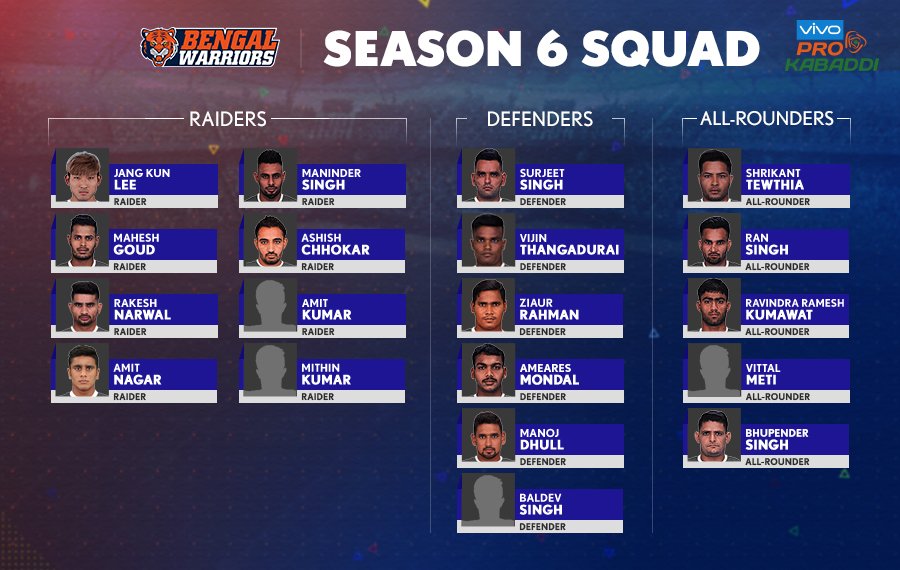 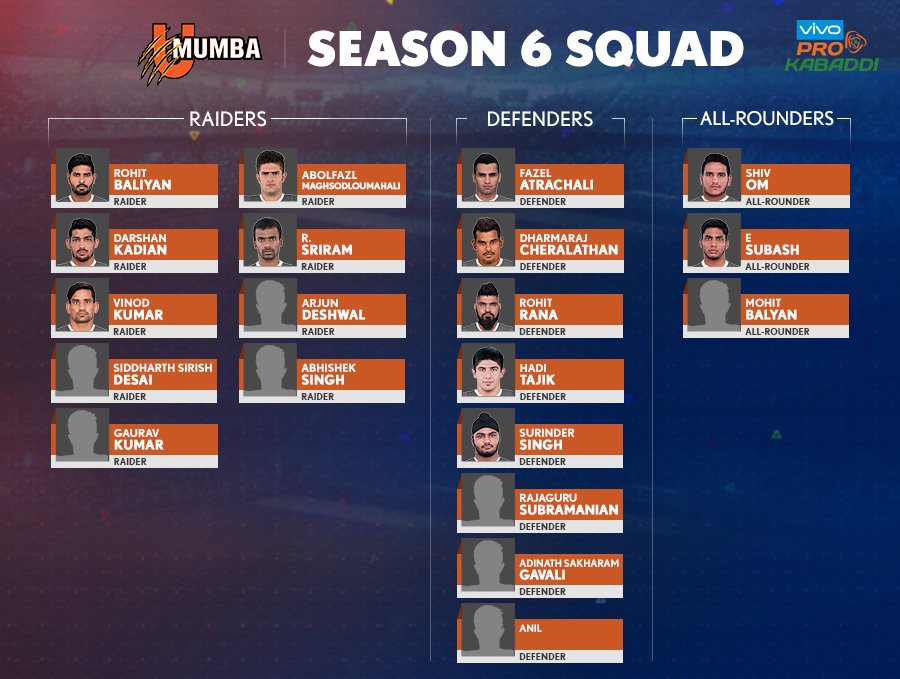 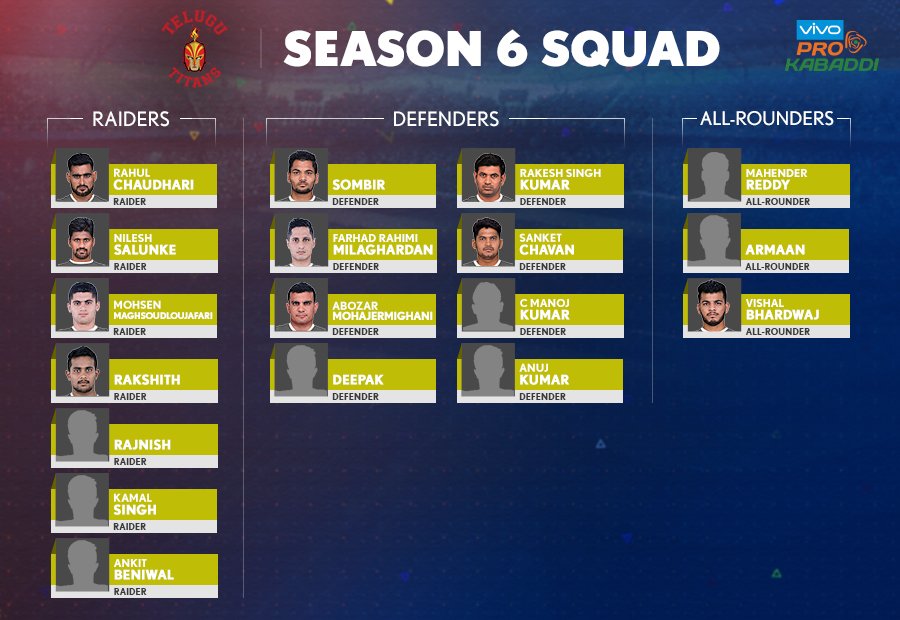 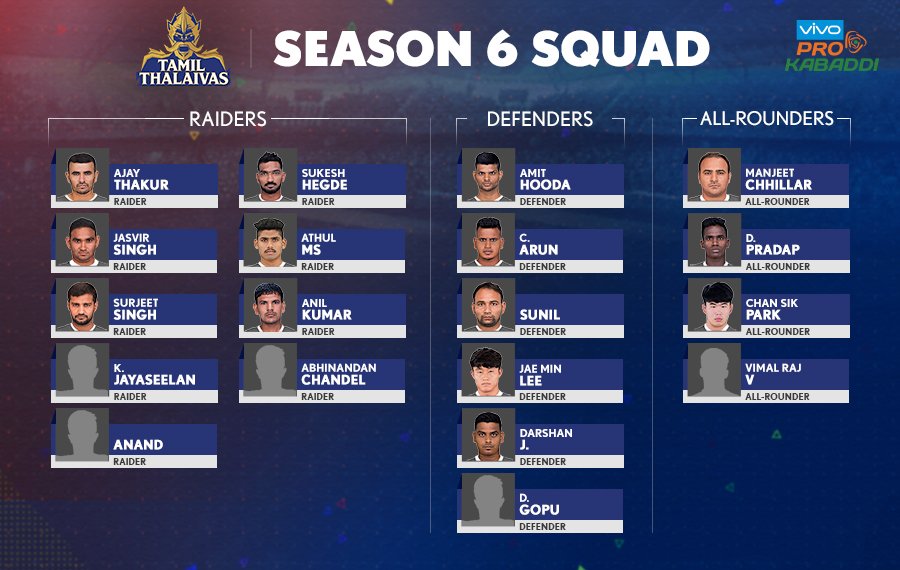