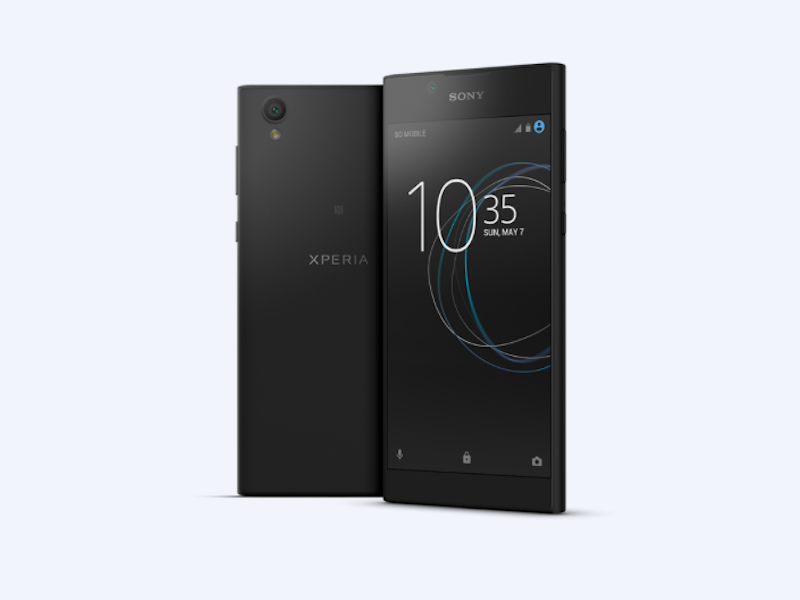 Sony on Monday announced a new entry-level smartphone, called the Xperia L1. The company highlights a sharp display on a near edge-to-edge screen. The new device is being offered in Black, White, and Pink colour options.

The smartphone follows Sony's design language of near bezel-less displays. The Xperia L1 features an almost edge to edge display. However, bezels on the top and bottom remain thick as was the case with the Xperia XZ Premium and Xperia XA1 Ultra smartphones that were launched at MWC last month. The smartphone features smooth rounded edges for ease of hold.

The Xperia L1 runs Android 7.0 Nougat and features a 5.5-inch HD (720x1280) LCD display. The smartphone is powered by a 1.45GHz quad-core MediaTek MT6737T SoC and Mali-T720 MP2 GPU, coupled with 2GB of RAM. The handset comes with 16GB of inbuilt storage which is expandable via microSD card.

Optics on the Xperia L1 include a 13-megapixel rear camera with f/2.2 aperture and a 5-megapixel camera with 24mm wide-angle lens and f/2.2 aperture. Connectivity options include 4G LTE, Wi-Fi 802.11n, Bluetooth 4.2 with aptX, NFC, A-GPS, GLONASS, and USB Type-C.

The dual-SIM Xperia L1 packs a 2620mAh battery with Sony's STAMINA mode for battery saving. The smartphone measures 151x74x8.7mm and weighs 180 grams. Sony has also added Xperia Actions to the budget smartphone which adapts the device to your time and surrounding.

As of now, there has been no mention regarding the price of the Xperia L1, but according to AndroidHeadlines, the smartphone is expected to launch in select markets including Europe, Middle East, Africa, Asia, North America and Latin America in April.
Sony Xperia L1 With 5.5-inch Display, 13-Megapixel Rear Camera Launched | NDTV Gadgets360.com
You must log in or register to reply here.
Share: Reddit Pinterest Tumblr WhatsApp Email Link